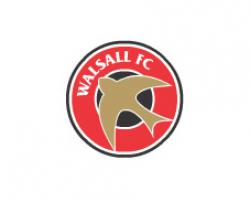 Walsall 2-2 Shrewsbury: Match Report - view commentary, squad, and statistics of the game as it happened.Late Bradshaw strike saves SaddlersWalsall striker Tom Bradshaw hit two goals to deny his old club Shrewsbury victory in a lively 2-2 FA Cup first round clash at the Banks's Stadium.His second, and ninth of the season, came in the 90th minute when he deflected in a shot from Paul Downing to earn the Saddlers a replay after the League Two side had twice led.Shrewsbury surprised Walsall with the pace of their opening play, and the League Two side raced ahead in the fourth minute

An inswinging corner from Liam Lawrence was only partially cleared and big defender Mark Ellis slammed a low drive into the net from 10 yards.The Saddlers were unable to unsettle the visitors' defence and were lucky not to be further behind in the 36th minute

Wing back Mickey Demetriou broke down the left and delivered a superb cross to the unmarked James Collins, but his point-blank header was somehow blocked by keeper Richard O'Donnell.Walsall might have been level right at the end of the first half, but Bradshaw saw his low drive well blocked by Shrews' keeper Jayson Leutwiler.But Bradshaw did equalise in the 56th minute with a low drive from Romaine Sawyers' pass, only for Shrewsbury to regain the lead five minutes later, James Collins deflecting in Andy Mangan's free-kick

But Bradshaw forced a replay